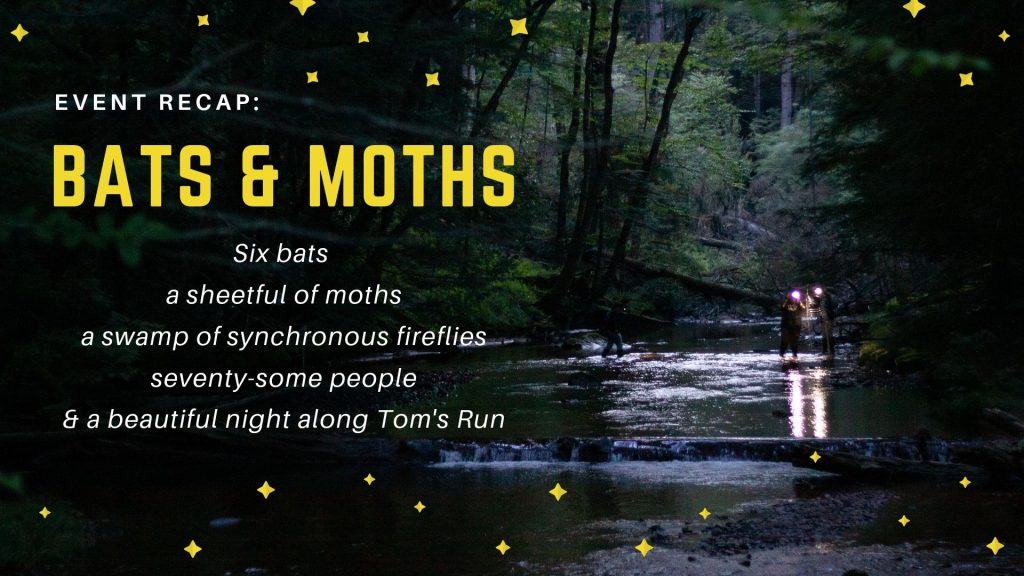 The turnout at Tom’s Run – seventy people and six bats – is a happy increase over last year for both groups, and it’s important to track bat densities to determine whether they’re rebounding following the decimation caused by White Nose Syndrome.  PA Game Commission scientist Amber Nolder said that, “after the devastating losses due to white-nose, there does seem to be some stabilization of affected bat populations. However, it could take over 100 years for complete population recovery (assuming enough bats can continue to survive white-nose and other threats), because of the low reproductive rate of most of these cave hibernating species, which have only one pup per year.“

Moths, which, along with butterflies, make up one of the most diverse orders of insects, also are a large proportion of the diet of birds and bats.  Tim Tomon, scientist with the Bureau of Forestry, noted that they can also be useful indicators of plant presence.

You can help bat & moth populations at home:

View the entire photo gallery here – and please join us next year, as we’re planning to make Bats & Moths night an annual event! 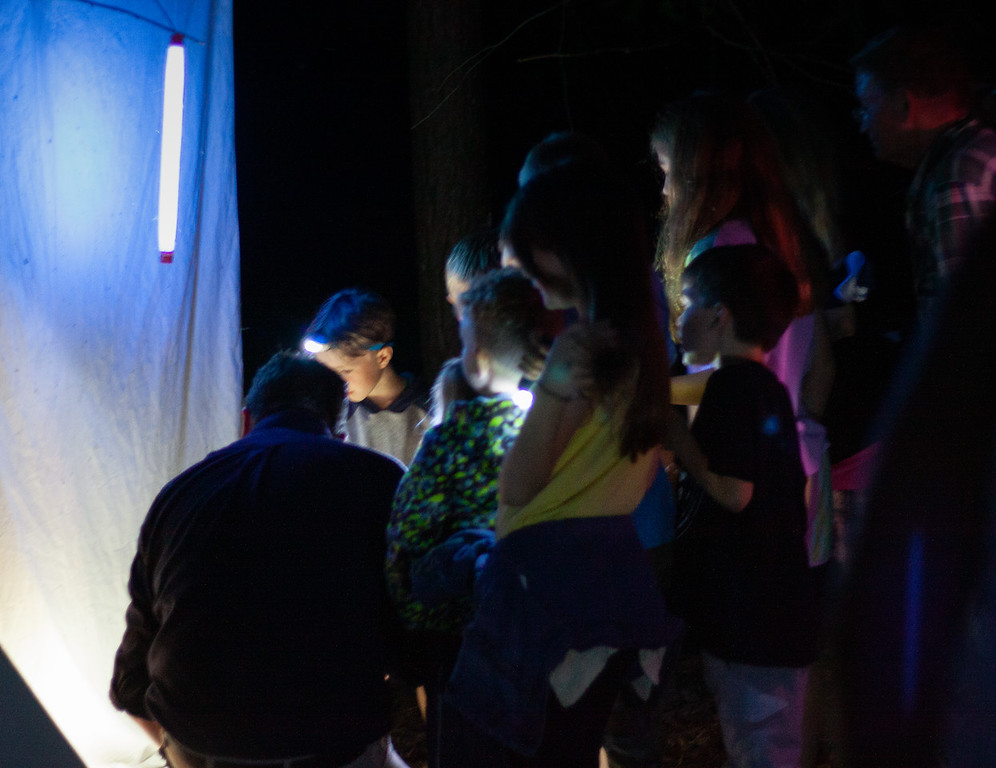