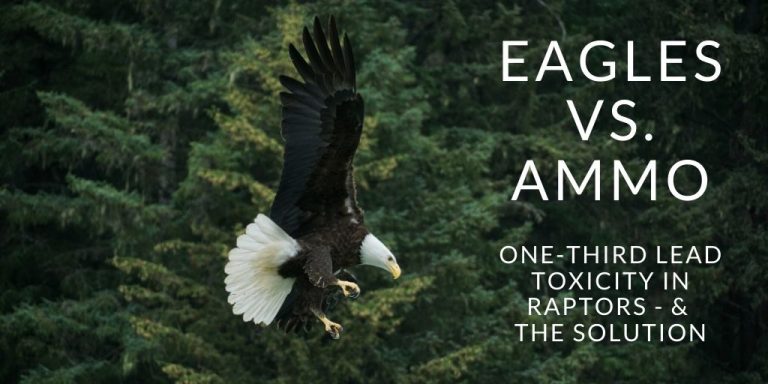 Between 2006 and 2016, lead poisoning was found in one-third of 228 eagles from across Pennsylvania – 30% had detectable levels of heavy metals in their liver.  While the specimens died variously from trauma by car, train, and gunshot (also electrocution and infection), the examined animals mostly accumulated the lead levels as a result of scavenging.  Lead poisoning destroys the nervous system.  If it doesn’t kill the bird outright, the lead poisoning renders it too weak and disoriented to either hunt for food, or protect itself from predators and threats.

One simple way to reduce lead toxicity in eagles and other wildlife is to use non-lead ammunition.

Since 2013, when we got our blood lead machine, all of the bald eagles that we have taken in have had some level of lead in their blood. Most have needed chelation therapy to remove the lead from the system, plus antibiotics, tube feeding, and months of rehabilitation before they could be released. Some were too sick to save from the lead toxicity/ trauma and died.

For more information, and to find non-lead ammo, contact: